October and early November are some of the best times for hiking in Taiwan. The summer heat has begun to fade and the winter rains have not yet started. Insects and other small creatures are still out and about and easy to spot. Over the last two weeks I've been taking the opportunity to re-familiarise myself with the mountains in and around Taipei, and also venture further afield, in this case to Teapot Mountain.

Named for the shape of its summit, Teapot Mountain lies near the Gold Ecological Park (near Jinguashi) on Taiwan's north-east coast. Many hiking blogs detail the longer, more arduous route to the mountain, starting at the park. But if you're short of time and leg muscle, there is an easier path.

The massive gold state of Guan Gong above Quanji (Cyuanji) Temple marks the whereabouts of the trailhead for the shorter route. I went there by car, but there is a bus stop, and according to this blog, one bus that stops there is the 1062 from Zhongxiao Fuxing MRT Station Exit 1. There's a small row of shops where the bus turns. You can buy water there, which is absolutely necessary, even on cold days.

The steps leading up Teapot Mountain begin past the back of Guan Gong's statue, on the left. They're quite difficult to miss.

Another advantage of climbing Teapot Mountain in the autumn is the sea of silvergrass that grows there.

In the gusting breezes blowing in from the sea, the swaying heads of grass are truly beautiful. 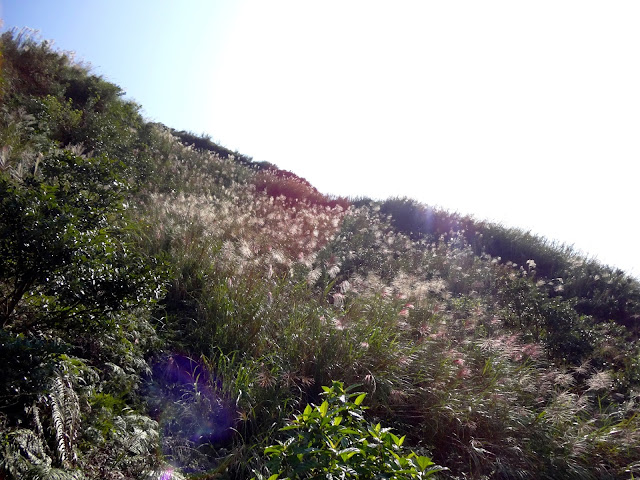 There's also plenty of wildlife to see on the way up. We saw butterflies and lizards. Some were feeding on the flowers growing next to the trail and some were basking on the steps. 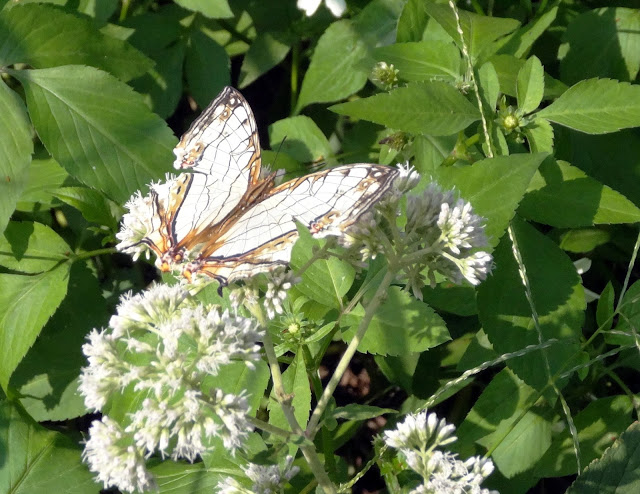 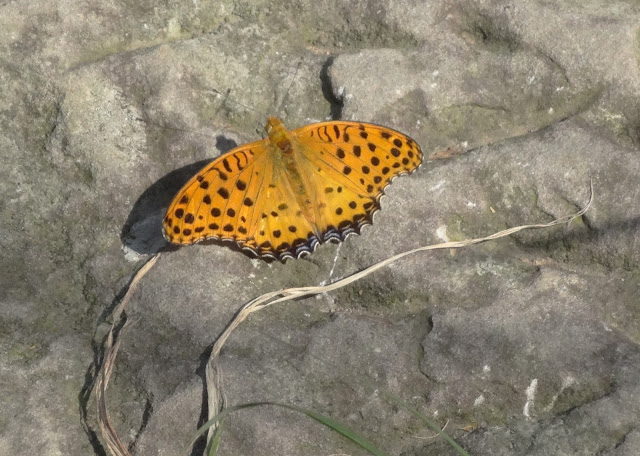 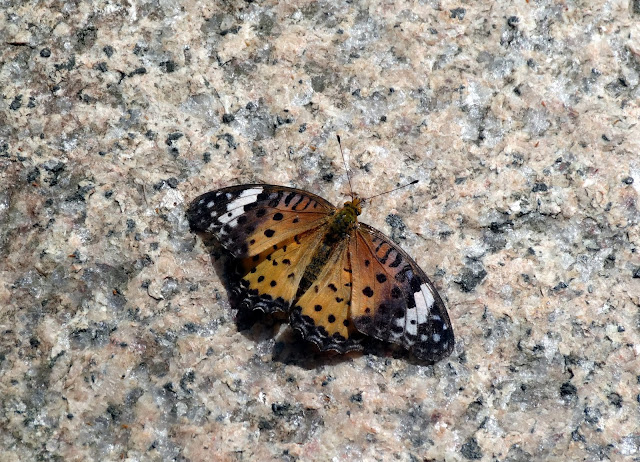 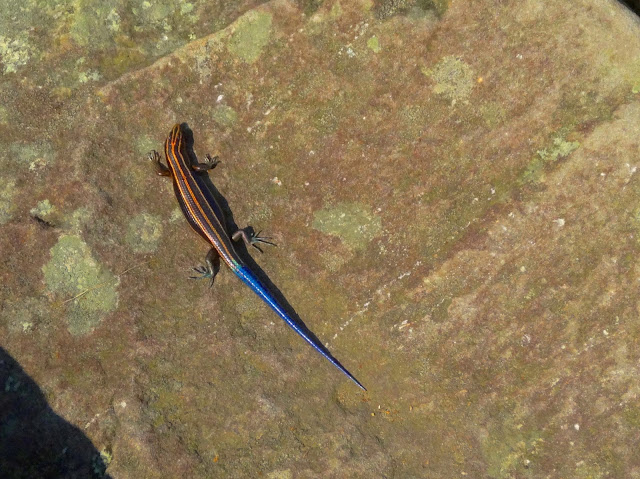 It takes only an hour or so to climb Teapot Mountain by the shorter route, compared to five or six hours if approaching it from the Gold Ecological Park. The former path is also very safe, with no steep slopes requiring rope supports or precipitous dropoffs. Fit children could climb it easily.

The spectacular views over the mountainside and the sea beyond give plenty of excuses to stop and catch your breath. 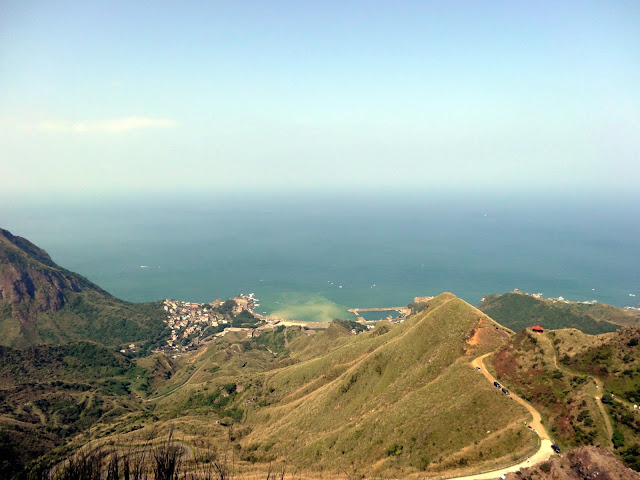 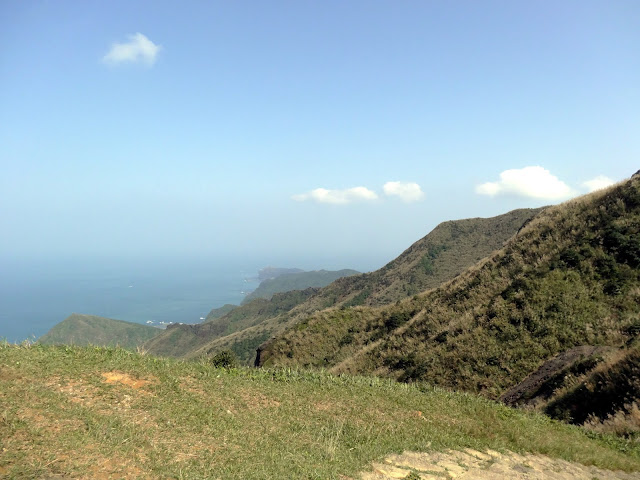 The actual summit of the mountain isn't safe, and there's a red sign prohibiting entry. This, of course, doesn't stop some people from continuing to the very top (not me - I didn't like the unstable look of the teapot).

Coming down takes less than half the time of going up. The temple and nearby shops sell food, or you can continue to Jinguashi or Jiufen for a good meal as a reward for climbing Teapot Mountain.

Just don't tell anyone which route you took.
Posted by Unknown at 23:40