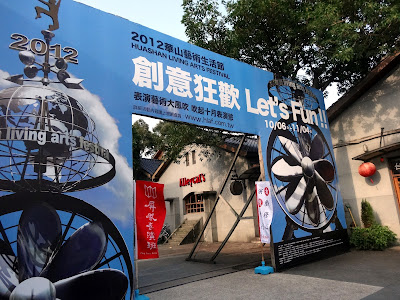 Yesterday we funned at the Huashan Creative Park. We'd been there before, several months ago, for a UK in Taiwan celebration.

This time, following a friend's mention on Facebook, we attended the Huashan Living Arts Festival, which is running until the end of the month. All of the arts I could think of were represented there, and one or two that were new to me, such as the manipulation of digital images in real time (sorry, you'll just have to go if you want to know more, that's as much as I understood!).

The Huashan Creative Park is fantastic for this kind of thing. It has a range of indoor and outdoor spaces of varying capacities, so that many different activities can run at the same time. There were lots of free things for kids to do and everyone was having a blast.

In true Taiwanese tradition, little children were especially catered for. It almost made me wish I was five again.

Here are some little ones enjoying an interactive story. 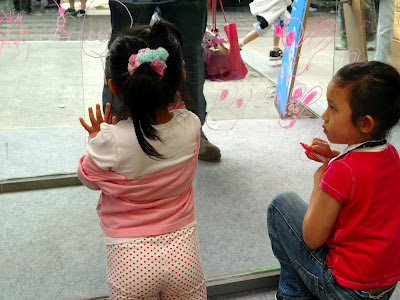 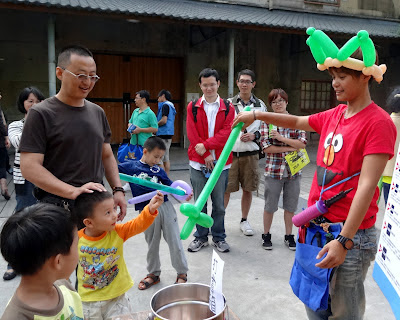 Where there are children, there will always be balloons.


There was much for the more mature visitor too: theatrical performances, art and photography exhibitions, and film viewings. 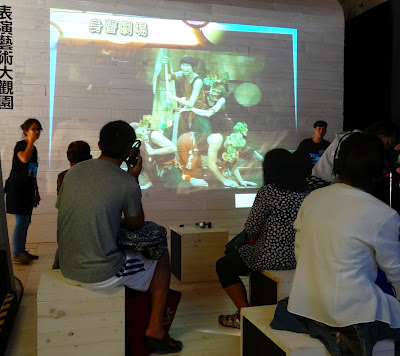 At one street exhibit I had simply no clue what was happening, at least until later.

There were lots of long, metal tubular objects standing about and a small crowd of people with a speaker at the centre. I couldn't understand a word, so we hung around for a while to see if anything would happen.

While we were waiting, I took a photo of the inside of one of the objects. At the bottom of the tube was a mirror, and this was in the middle. Can you guess what the tubes were? 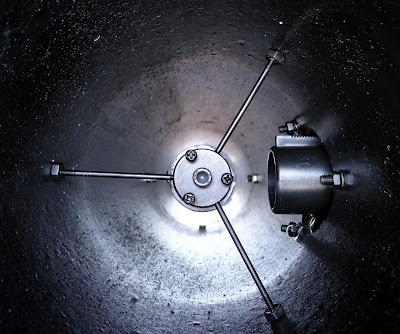 All became clear when the talk was finished and people spread out to start using them. They turned them towards the light and held a piece of white paper to one side, where light was reflected out onto it. 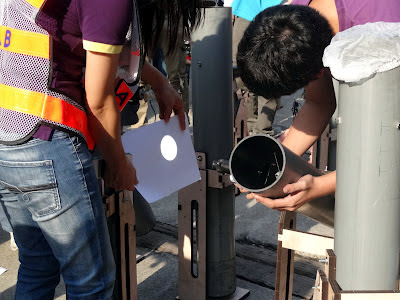 Yes, the tubes were a kind of telescope, a safe way to look at the sun (presumably for use during solar eclipses and for general scientific curiosity).


We are simple folk, though, and the highlight of the day for us was some traditional street theatre: 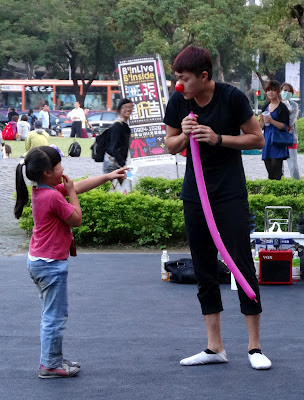 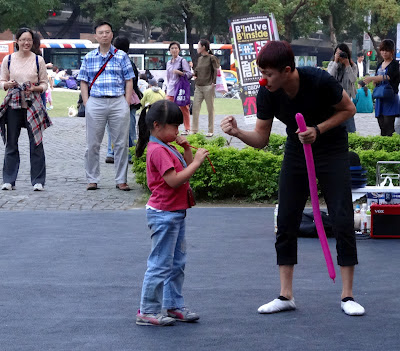 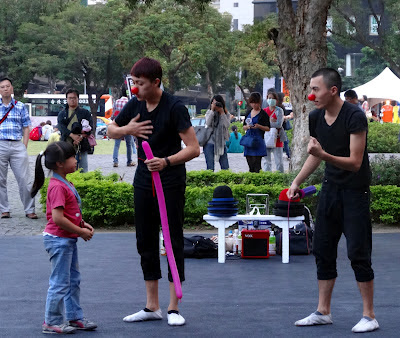 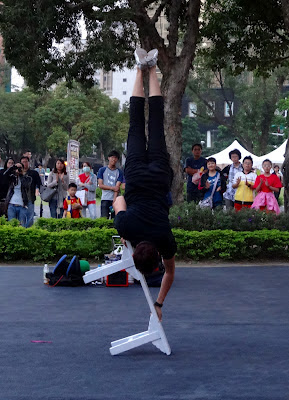 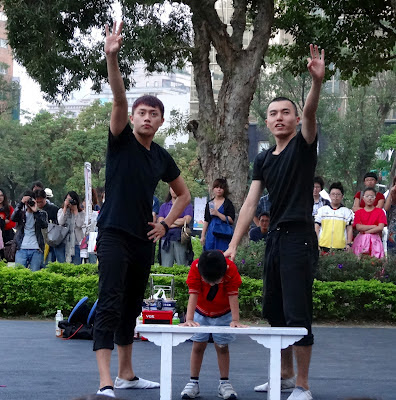 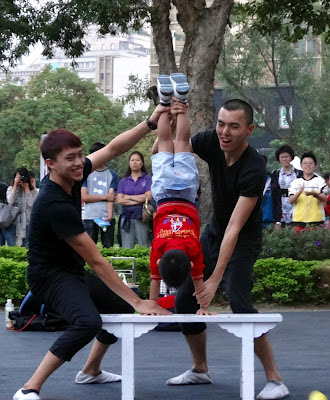 What is it that actors say about never working with children?
Posted by Unknown at 19:15