The saying you should be careful what you wish for is a truism if ever there was one. One of the things I used to look forward to about living in Taiwan was the climate. I'd grown so tired of the long, dark, dank British winters and hit-and-miss summers. At least in Taiwan it's guaranteed that the summer will be hot, I thought.

The thing is, you can only enjoy hot weather if you can actually go out in it. With temperatures reaching the high thirties recently my adventurous spirit has been quavering somewhat.

Last week Number 2 son and I thought that hiking in this heat would be more trial than pleasure, so we chose instead to visit two nature reserves that lie close together at the northern end of greater Taipei. These are the Guandu Nature Park and the Hongshulin Mangrove Forest.

If you've ever flown long haul, you'll know how beneficial it can be to have a stopover somewhere, so that you can relax and re-energise yourself, in preparation for for the next leg of your journey. Well, Taiwan is the ideal stopover destination for migratory birds. Many bird species take advantage of the wide, flat estuarine and swamp areas to rest their wings and eat some of the teeming millions of small creatures that inhabit them.

Guandu Nature Park is one area that the Taiwanese government has set aside so that the birds can do this in relative peace and safety, and lucky visitors can take advantage of the bird hides and powerful telescopes and binoculars there to watch them. 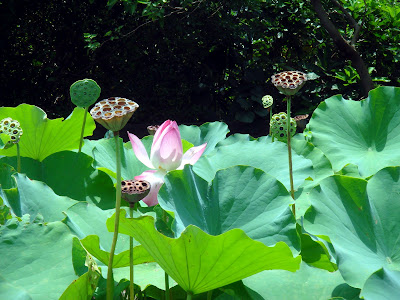 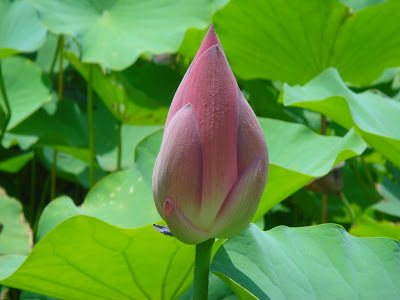 But there were few birds to see. Either it was the wrong season, or the birds were far more sensible than us and had decided not to venture out. Even the reserve's many crab species were hiding somewhere down in the dry, cracked mud.

We ended up gravitating to the visitor centre, where we spend quite a long time avoiding going outside again. When we did, we left to ride the MRT couple of stops further to Hongshulin Station.

You don't have to travel far to get to the visitor centre for this reserve as it's right above the station. I'm sure Hongshulin Mangrove Swamp is very interesting. It's the largest swamp of its particular tree species - kandelia candel - in the world. But I'm ashamed to say that the information centre was as far as we got. 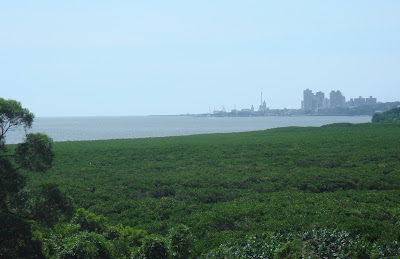 We wimped out and went for a late lunch instead. I'll return one day when the mud skippers and crustacea haven't been driven underground by drought.

On a side note, a friend was commenting that Richard Saunders' books on hiking aren't easily available. For anyone who is interested in buying these (and in my opinion they are well worth having as an English resource not just for walks but many day trips around northern Taiwan) they can be bought at the Community Center. Please look here for a map as they are a little tricky to find. And do note the opening times too.

We'll be returning to the UK for a short holiday for the next three weeks, so I won't be posting for a while. In the meantime I hope to revamp this blog it may look a little different when it resumes.

Those are lotus flowers.

Thanks, Feiren. I've always wanted to see lotus flowers and now I've seen them without realising it.