I'm very pleased to be having Number 2 son staying with us at the moment on his long university summer break, particularly because this means I can have some company on long walks in the mountains.

Last week we took the advice of Richard Saunders in his wonderful book Taipei Escapes and went on a moderately easy walk starting in Wulai. There are many more risky hiking routes and I'm sure Number 2 son would have enjoyed some adventure, but with the heavy rains we've been having recently I didn't want to risk anything more challenging. This walk takes you past the tourist sites of the village and the waterfall and into the Neidong National Forest.

We caught the 849 bus from Xindian station on a weekday when there is less of a crowd. Apart from the occasional shower the rain held off for the whole day.

The waterfall was in full flow however. Here it is with my son in shot to put its height in perspective: 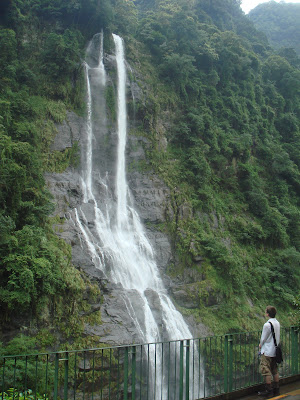 I'll let the breath-taking scenery speak for itself. 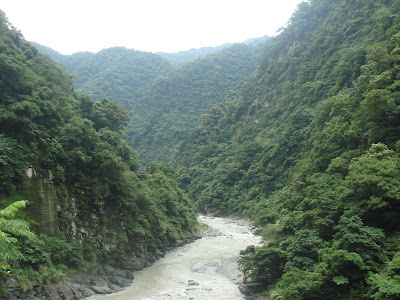 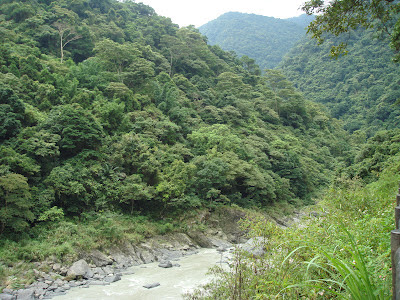 The mountains were teeming with life. We passed several twitchers with large, expensive cameras on tripods trying to get that perfect shot of the local birdlife. We made sure to creep past quietly!

My own photos were limited to smaller creatures. 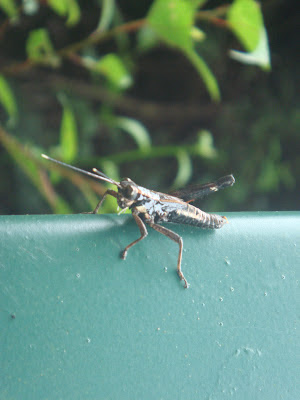 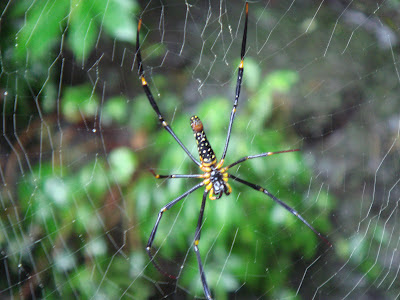 This is a baby version of the grown ups featured in my post on Giant Spiders, measuring only two or three inches toe-to-toe. The intricate patterning is fascinating, but, my, these are scary in the flesh.


The national forest is full of waterfalls. There was hardly anyone else around, the weather was dry but not too hot, and the entire walk was delightful.


Then came a special moment. For a long time I've been trying to get a photo of a dragonfly. They're so flighty it's nearly impossible to get one in shot, in focus, and close-up before it's flitted away again. But that day, in keeping with the perfection of our walk, this little creature decided he would be obliging. 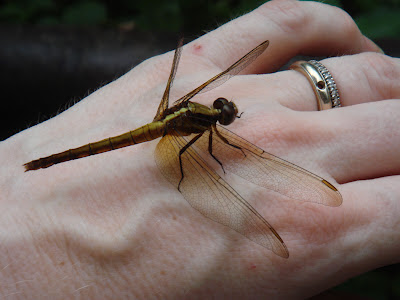 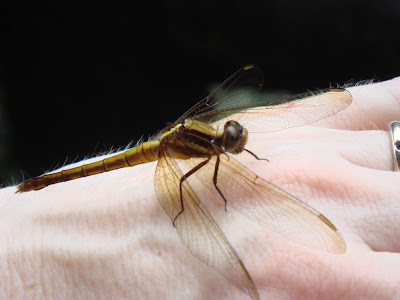 I think maybe he was drinking or tasting the sweat on my hand? I don't know, but I was so glad I hadn't put insect repellent on that day.


On our way back one of the twitchers was excited to show us shots of the Formosan Magpie he'd managed to take, rewarded for his hours of waiting. They were rather more spectacular than my dragonfly photos, but I didn't begrudge him. He'd invested an entire day, whereas I'd just happened to have a sweaty hand. They looked something like this: 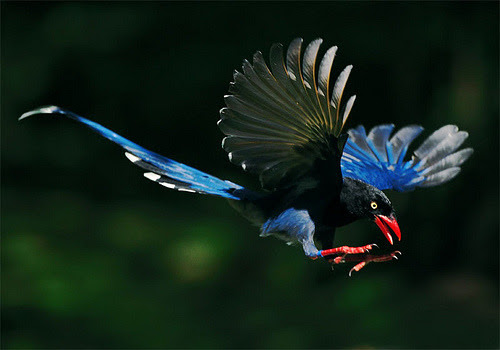 Everyone was having a good day that day.

With poetic timing, just as we returned to Wulai to catch the bus back to Taipei, the river mist started to rise. 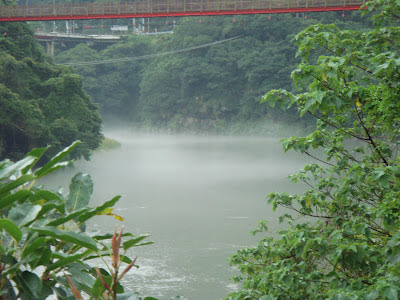 The perfect end to a perfect day.
Posted by Unknown at 16:13