I've decided that April is the best time to be in Taipei, thunderstorms notwithstanding.

I once had a strange experience when I went to take Conrad to Taekwondo. I didn't take anything more with me than my housekeys, which nearly led to a difficult situation. I told the story here. You would think I would have learned my lesson, but why change the habits of a lifetime?

So, I went to collect Conrad from Taekwondo the other day, once more taking nothing but my housekeys. I had learned not to pick random lost mobile phones up off the street - what else could go wrong?

It was a beautiful balmy evening as I left the apartment. I was wearing the light clothes appropriate for the temperature, which had climbed to the high 20s Centigrade. I arrived at the Taekwondo centre in plenty of time. As usual, they were preparing for the switch over between the beginner and the advanced classes. The black belts had arrived, the lower colours were completing their practice. As I sat and watched, I noticed an interesting phenomenon - the sky outside had turned a deep, dark grey.

As the Taekwondo instructor completed the class with the ritual standing to attention, turning away, turning back and bowing, a torrent of water fell from the sky. Well, I waited as long as I could, allowing Conrad all the time in the world to put on his shoes and retrieve his belongings, but our continued presence eventually became too embarrassing; we had to leave.

I broke the news to my youngest child: we had no coats, no umbrellas and no money, a cascade was falling from the heavens, and we were a fifteen minute walk from home. He took it surprisingly well. Dodging the deluge became an adventure, a challenge. We planned our route - which way had the most cover?  Conrad thought of a brilliant strategy. We could use the nearby MRT station to shelter us for part of the way. At times he stood and waited for me in the rain, nobly sacrificing his comparative dryness to ensure I wasn't left behind. Come the apocalypse, I know whose side I'll be sticking to.

We did well. We were still pretty dry as we waited in the shelter of Exit 2 of Wanlong MRT station.  People filed past us, miraculously bearing umbrellas and raincoats that had been invisible until the need for them arose. The rain had abated almost entirely. Finally, we took our chance. We stepped out into the drizzle and hastened home, pleased that we had dealt with the situation so well.

Too soon did we self-congratulate. The respite in the downpour was a mere ruse to lure us from our shelter. Once we were safely nowhere near any possible form of cover the drenching resumed. We ran all the way home. We got very, very wet. It was fun.

I still like spring in Taipei. It has (believe it or not) stopped raining so much. The public parks are full of people enjoying the sunshine, and the flowers and animals have all come out to enjoy the warmer temperatures.

Here are some photos of things that have made me smile:

Flowers on the Route to School 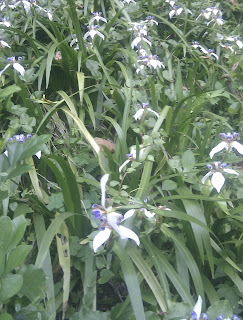 I'm not sure what these are. Definitely some kind of iris, but I've never seen them before. Their flowering is tantalisingly brief - just a few hours. This photo was taken on the way to school. By the afternoon they would be closed again. 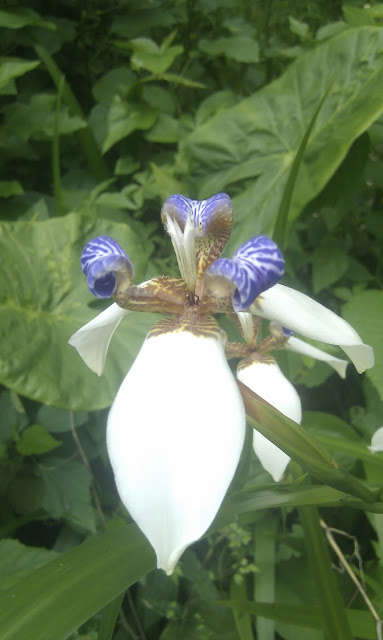 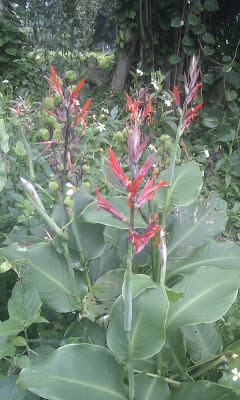 Some more exotics that we pass every day. 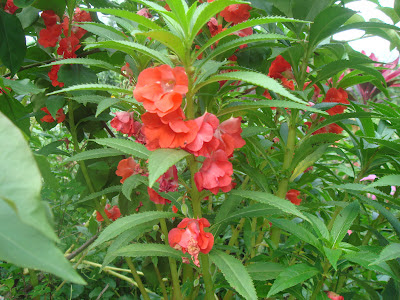 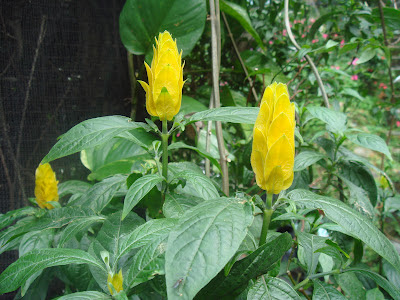 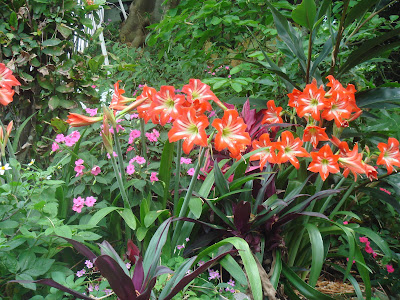 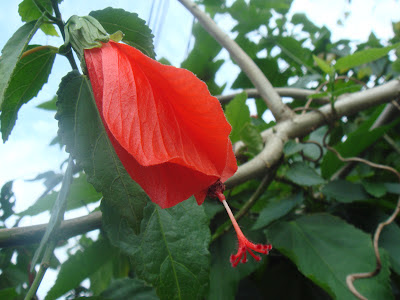 Finally, we reach the school, which has orchids planted into the trunks of the trees in the grounds. 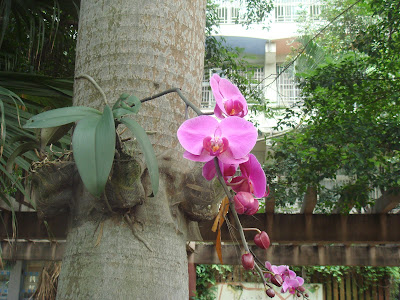 Swallows and Lizards and Frogs

As I said, animal life is burgeoning too. The swallows have arrived for the summer. A friend was telling me that they're considered lucky, and evidence of this is seen in little ledges that local shopkeepers have put up under the overhangs outside their shops. These are to encourage the birds to nest, and they definitely have the desired effect. A short walk down our nearest main road revealed more than twenty nests, with the birds easily visible tending to their young.

The most enjoyable thing for us is their hunting habits. We walk along a small road near our apartment that's closed to cars so it's quite quiet, and the birds hunt here, swooping and swerving at nearly ground level, heedless of the pedestrians in their midst.

My photographic skills aren't up to catching them in flight, but here's the closest image I could get; 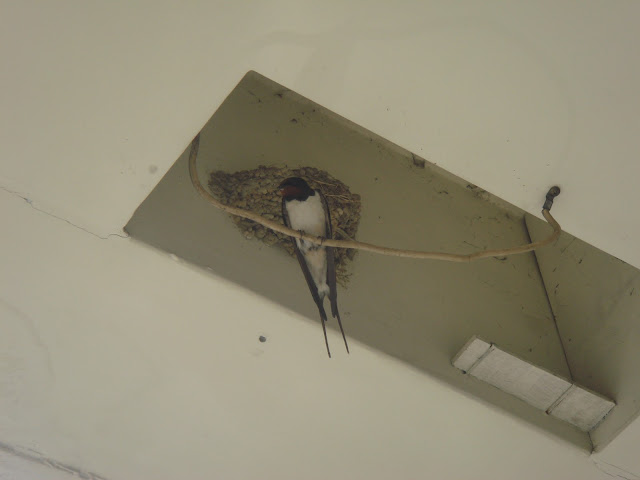 Lizards and amphibians are enjoying the beautiful spring weather too. The noise of the frogs at night is loud enough to keep Andy awake (we really must move soon). And I've seen so many lizards now I've lost count. Most are geckos, but I also saw this little beast escaping up a nearby trunk the other day: 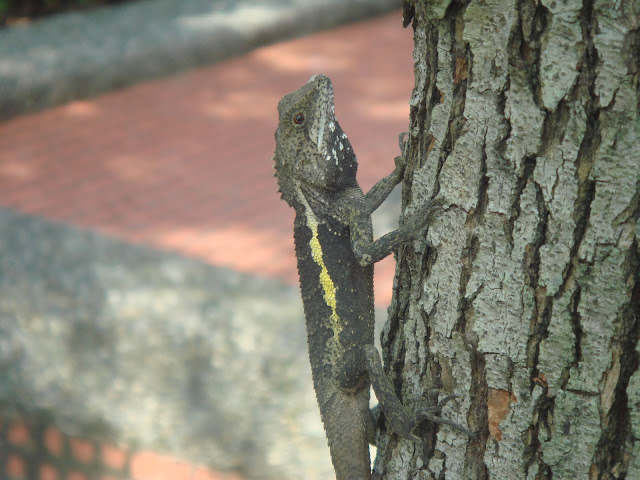 I'm hoping this lovely spring will last as long as possible, but a friend told me that in May, it really rains, so I really must never go out with just my housekeys again.
Posted by Unknown at 20:23